The History of the 4 Rings 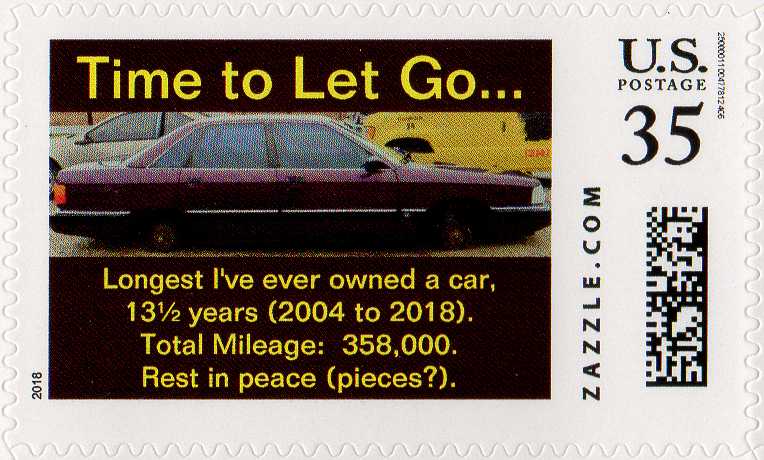 I did have to "tweak" the car a bit though: 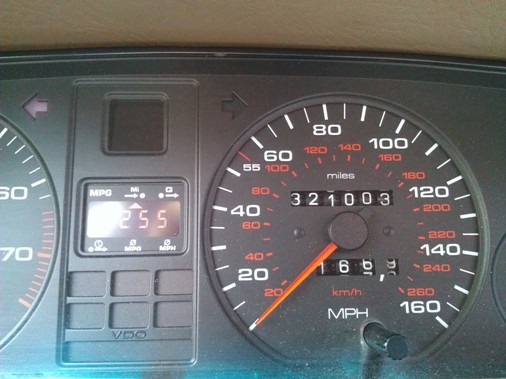 April. 21, 2012:    The car was one of 50 cars invited to a private car show in Dallas called "Wings & Wheels".  While many of the cars present cost more than my house; the car was invited to show people that if you take care of a car, it can last!   Adding up the odometer readings on most of the cars present would probably not come close to the 320,600 miles that the car had at that point! 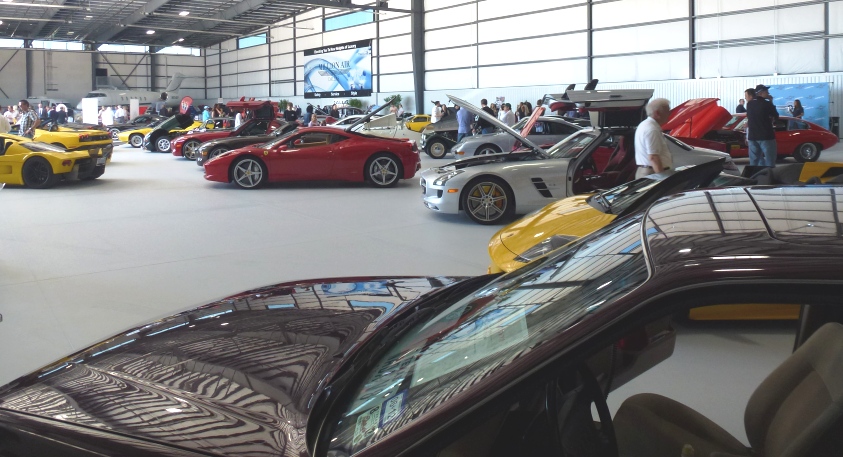 August 2010:   Car is generally running fine; now at 307,000 miles (493,963 kilometers) on the odometer!   While I really wanted to drive an Audi A3 Sportwagon during a recent trip to Germany, I had to settle for a French car (but it was very nice!); for more details seehttp://audiphilately.webs.com/notaudi.htm. 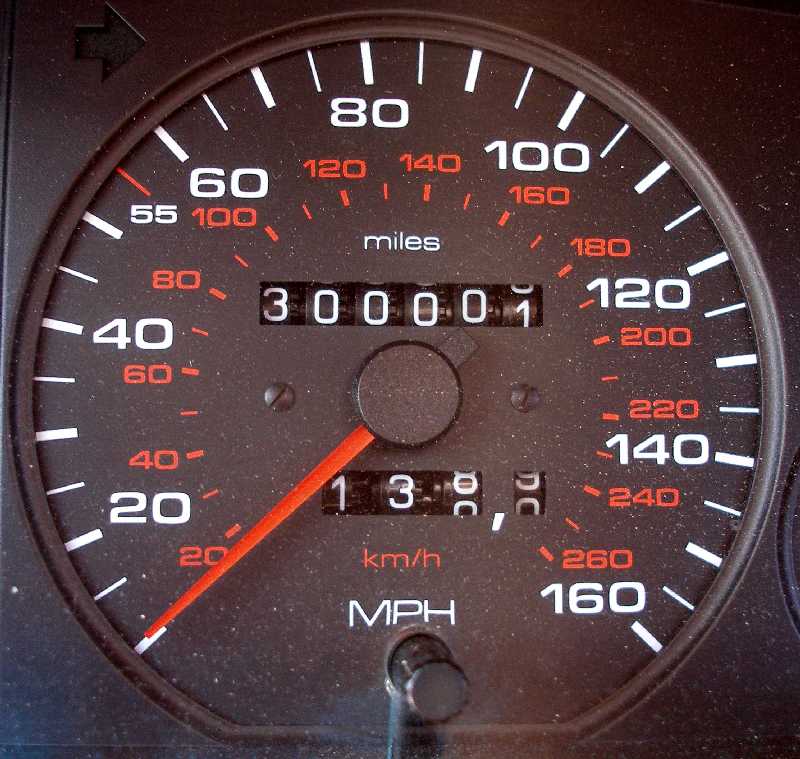 Watch a brief video at YouTube about this milestone at: 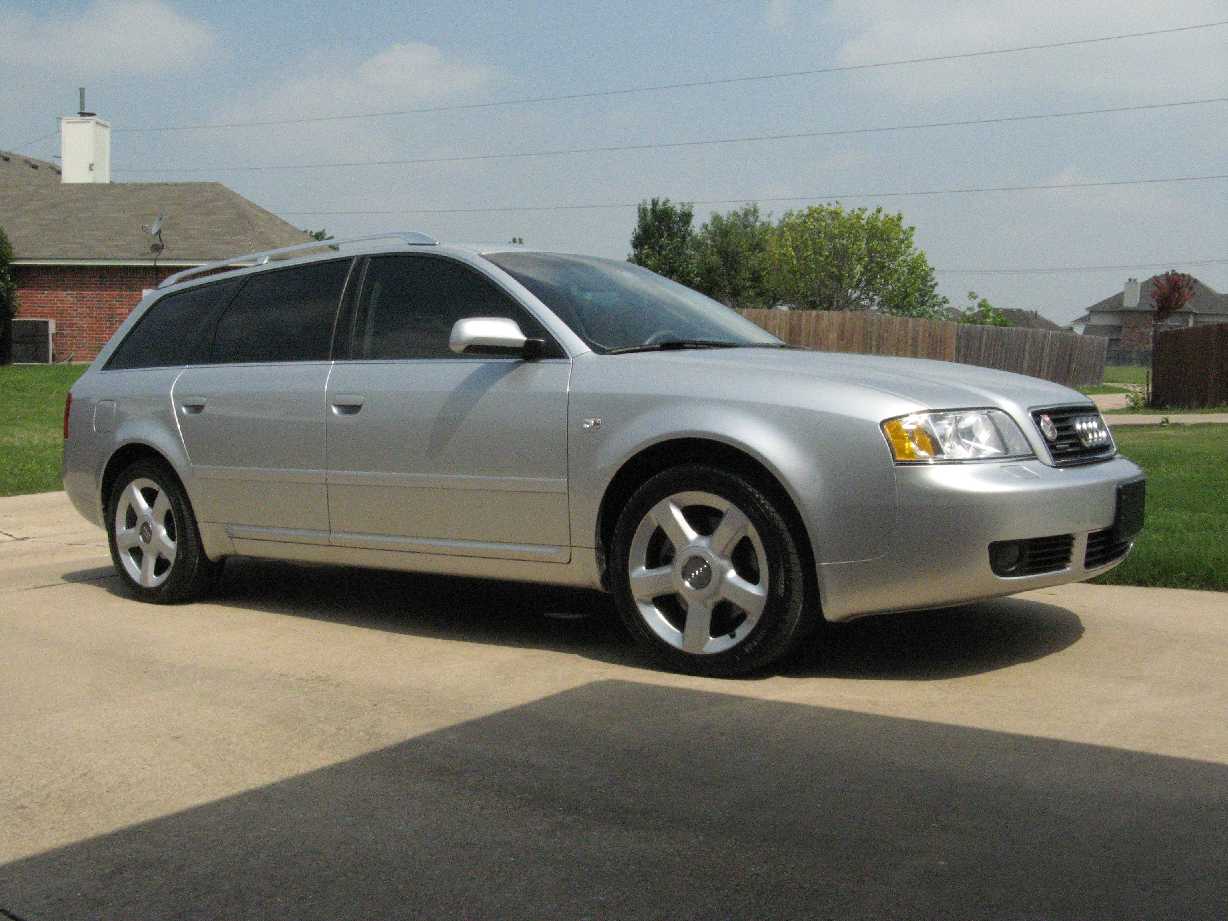 (For now, I'm keeping the car stock.  I did have the Windows tinted - a requirement here in Texas if you want the interior to stay in good shape.)

(As with all my cars, the 1st order of business was to attach a "CH" sticker to the back.  For the significance of that, scroll down a bit...) 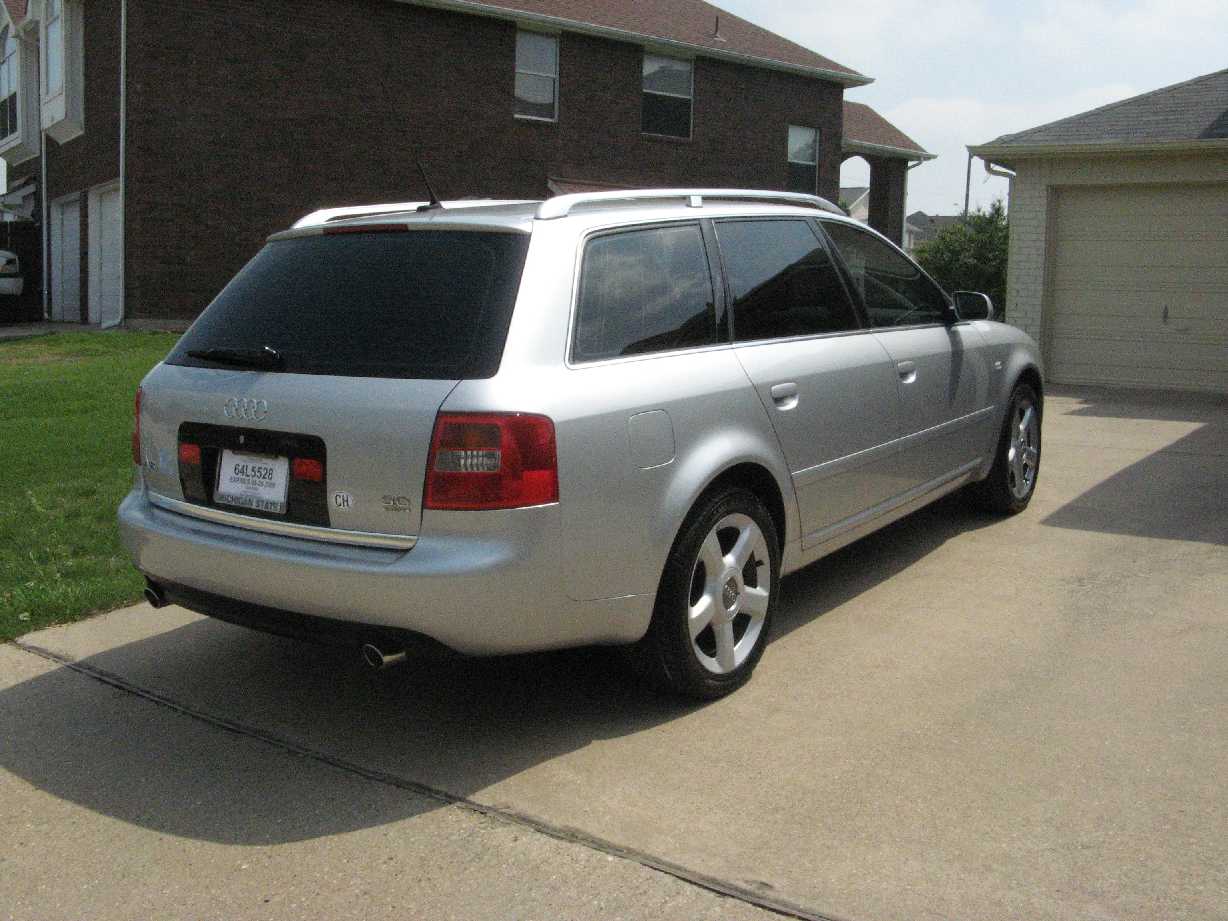 (This car has a nicely appointed interior with almost all of the available features.  No heated seats though, since that is generally not needed down here in Texas...) 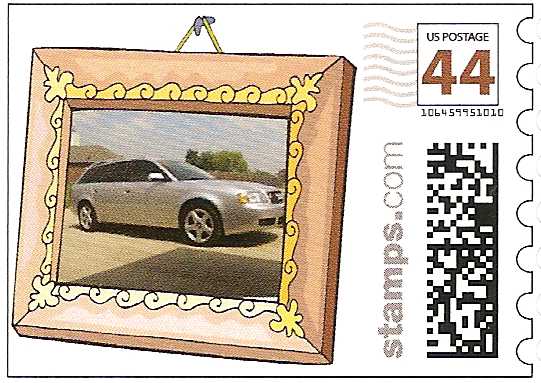 (And of course I couldn't resist and get the car on a stamp....)

Apparently Audi "Avants" are difficult to find here in Texas.  Why?  According to one of the Audi dealers, people here apparently either want a sedan (A4, A6, A8 models), sporty vehicles (TT, A5 or R8) or a SUV (Q5 or Q7); but station wagons are just not as much in demand.  But that's ok with me, since I ended up with a nice one!

The interior is still almost new looking, it is amazing how great the seats look (no tears!) after 18 years and that many miles!   The paint job still looks very good (someone even asked me who painted it - I told them it was mostly original paint!) and the car is mechanically sound (here's a hint:  "preventative maintenance" - it's a lot cheaper to fix things before they break!).   I get about 19 - 22 mpg (or around 10.5 to 11.7 liters / 100 km in case you do the European measurements) around town, and the engine does NOT burn any oil (generally 5,000 miles between oil changes using semi-synthetic 20W50 oil).

I brought the car to Texas from the Pacific Northwest in August, 2004 (after 4 grueling days on the road!); at that point it had about 245,000 miles on the odometer.  It's been holding up well to the extreme weather that we have here in the Dallas and north Texas area (especially during the summer where we have many days at or over 100°F!).   Luckily the car is kept under a carport most of the time, keeping the intense sun at bay during summer and out of harm of the occasional hailstorms in the spring).

The car has only minor modifications and upgrades, including: Here is the 1990 Audi 100 as shown on a "personalized" PhotoStamp.   These original PhotoStamps (first series) could be ordered on a limited basis from August 10 to September 30, 2004 from stamps.com.   The original trial program has ended and the US Postal Service started another 1-year trial program in early 2005 (and which was extended for another year by the US Postal Service in May 2006).  At present (in 2008) it would appear that the US personalized stamp program is fairly permanent.  In any case, the above stamp will be fairly "rare" since only one sheet of 20 stamps was ordered (the stamp above is #6 from the sheet).  According to recent stamp catalogs, this is worth about 10 dollars...

The "TCS" badge on the grill of the Audi 100 (it has now been moved to the A6 Avant).   If you are from Switzerland, you'll recognize that TCS stands for "Touring Club de Suisse" (one of Switzerland's automobile associations, similar to the American Automobile Association - AAA -  here in the USA).   This badge is made of metal and is no longer given out by the TCS to its members (all you get now is a sticker for your bumper, trunklid or windshield); I'm not sure when they stopped issuing metal badges, but it is probably over 35 years ago!   This badge has been on my various cars for the past 27 years!  I obtained it from the TCS office in Kreuzlingen (after asking nicely ...) in 1986.

Every vehicle (cars & motorcycles) that I have ever owned, have had (and will continue to have) "CH" stickers on them.

Again, if you're from Europe; Switzerland specifically, you'll recognize that "CH" stands for Switzerland ("why not 'S' you may ask"?  ... well, Sweden uses "S", so Switzerland gets to use "CH" - which means "Confederatio Helvetica" - Latin for 'Federation of Helvetia', ie: "Switzerland").

In Europe, if you drive beyond the borders of your country, you are required to have a country identification sticker on your back bumper.   Most are easy to decipher: GB - Great Britain, D - Germany (Deutschland), F - France, L - Luxembourg, NL - Netherlands, B - Belgium, DK - Denmark, ES - Spain (Espana), I - Italy, A - Austria and FL - Liechtenstein (Fürstentum Liechtenstein - Grand Duchy of Liechtenstein) to name a few...

Other Audi's that I have owned... (The car after a few "modifications" during the college years.  The car did not survive Michigan salt-encrusted winter roads for more than a couple of years, the "pipe" that you see under the floor-pan is not the exhaust, but a make-shift metal frame made from square tubing that had to be welded in place to strengthen the unibody due to all the rust on the floor).  Unfortunately in Michigan, roads are "salted" during the winter, leading to much rust in the lower body panels and floors. (Yes, that is me in the trunk of my '72 Audi 100LS; the picture was a self-portrait taken for a photography course that I took in college around 1982.   ...And I still have that license plate!)

This was the 1st car that I owned (acquired in 1978) while I was in high school.  It was replaced by the green 1972 Audi 100LS shown above just a few years later when mechanical problems and Michigan rust got to it; luckily many of the parts from this car also fit on the '72 model! 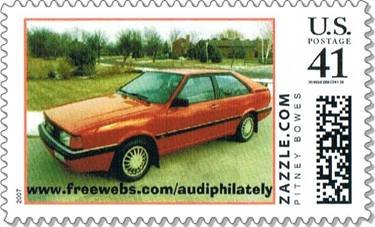 If you would like to obtain some of the "photostamps" shown above, I still have some of them left, you'll have to go to my other website http://web.archive.org/web/20140125075924/http://photostamps.webs.com/ to see which ones are still available.  Remember that most of these stamps were only issued in quantities of 20 or 40.